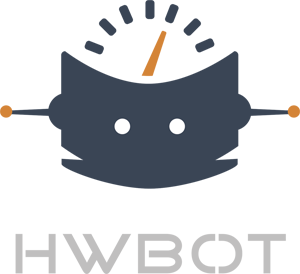 In 2005, HWBOT.org was registered as domain for the front-end of the HWBOT forum software. Founder Frederik Colardyn developed the back-end software in to a standalone platform that would change the face of competitive overclocking.

Combining the strength of many communities and the innovative mind-set of early staff, HWBOT has continually set new industry standards for overclocking competitions and regulations. Innovation and community spirit are the cornerstone of the HWBOT product strategy. Both are a key component in the evolution of overclocking and helped maintaining long-term relations with online communities and the hardware industry.

HWBOT has grown to be the world’s leading platform for competitive overclocking. With the global headquarters in Taipei, Taiwan, HWBOT serves a community of 100,000 overclockers with a staff of 21 people. HWBOT provides a platform for overclocking in the forms of the OC-Esports.io competition platform, the World Tour event series, the Overclockers League and its database. We work together with leading players in the hardware industry such as ASUS, GIGABYTE, G.SKILL, Intel, Kingston HyperX, and MSI.

To become a press partner, please contact us at press@hwbot.org.

Below you can find the latest Press Releases from HWBOT.

To receive news updates from HWBOT about overclocking world records, ongoing competitions, development information or the monthly community newsletter, please fill out the subscription fields below and click ‘subscribe’. No information will be shared with any third-party and will only be used to forward you the information you subscribe to.

Who are we?
Our history
Partnership